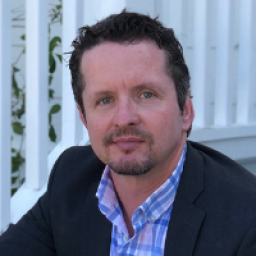 How to Create Unlimited Potential

It is now conclusive that talent is created, not innate. At first glance, this can be a hard pill to swallow. But current research bears this out. Those considered elite have engaged in specific activities and types of practice that changed parts of their brain, creating a level of ability that did not exist prior.

In most cases, these peak performers began engaging in this type of training in childhood. While it is true the brain is more malleable, or plastic, during development, these neuroplastic changes are possible throughout one’s lifetime. However, to achieve these neurological changes requires following the principles of what is known as deliberate practice.

The Three Types of Practice

There are three main types of practice: ordinary, or naïve practice, purposeful practice, and deliberate practice. Ordinary practice consists of developing a basic level of skill in a task or activity and then engaging in this activity in a rote manner, such as learning how to play basketball or tennis at an adequate level and then just playing games repeatedly.

The notion that if you just keep working harder, and for a long enough period of time, you will excel is a myth. In fact, actual research shows just the opposite. In a study assessing the skills of physicians who had been in the field for several decades versus first and second year doctors, those who had only a couple years of experience outperformed their seasoned colleagues.

You Can Get Worse Over Time

There are a couple of reasons for these findings. The first is the brain, and body’s, desire for homeostasis on a cellular level. Once you have reached a level of skill that has become automatic, and you are no longer challenging yourself, your system will attempt to maintain the status quo, which will result in a progressive degeneration of your skills.

Another factor is due to the continued reinforcement of incorrect behavioral patterns, which will result in lowered performance over time. Take golf for an example. An amateur golfer goes to the range and tries to hit a bucket of balls. He occasionally hits a good shot. But more often than not he pulls and hooks the ball off of his intended target.

Over a period of time, he is able to hit a small percentage of shots accurately. However, he never works on practicing particular aspects of a technically sound golf swing, which results in inconsistent results. Furthermore, he reinforces bad habits over time as these become neurological patterns.

Purposeful practice is a giant leap beyond naïve practice. Moreover, following these principles will begin to make neurological changes allowing you to increase your ability in the area you are attempting to acquire skill.

Changing Your Brain Through Experiences

The brain has limited resources. And when it comes to allocating its biological assets, the squeaky wheel gets the grease. Numerous studies have shown how certain brain regions associated with various activity grow in size to accommodate the demand for that endeavor.

One groundbreaking study was performed on aspiring London cabbies. The researchers measured the size of the hippocampi, the region the brain stores explicit memory, of a group of individuals attempting to obtain their license to be a London cab drivers. London does not have an organized street system like New York or Los Angeles. It requires a great deal of memorization of the city streets that resemble a labyrinth more than a modern city.

The Key is Neuroplasticity

Those who eventually became cabbies, and those who did not, initially exhibited the same size hippocampus. However, those who were successful in receiving their licenses displayed larger size hippocampi at the end of their training. This was one of the first studies that empirically showed engaging in practice following the guidelines that lead to neuroplasticity actually change the brains structure to then create the ability one did not have prior.

Additional studies from various fields, such as music, mathematics, and athletics have all shown the same results: the brain will change itself structurally to meet the demand of what you are attempting to do if you adhere to the tenants of deliberate practice.

Talent Is The Starting Point

The verdict is now in – talent is created. This is a paradigm shift when it comes to peak performance. This levels the playing field for all of us. According to the research, there are no chosen few. Of course, there are certain limitations such as height and various physical attributes. But the majority of skills can be developed through neuroplasticity, which will allow you to reach the level of performance you aspire to. The gift we all have is the ability to develop the gift. If you are willing to put in the hours and follow the principles of deliberate practice, you too can become elite.